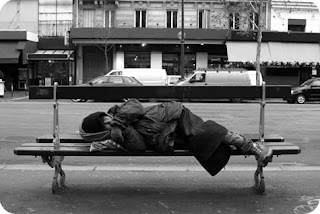 It’s bad out there. Really bad.

As world leaders finally begin to admit that we are smack dab in the middle of another Great Depression and the economy stands at the cusp of another earth-shaking collapse of the financial system, the US census reports that nearly 100 million Americans are now classified as living in poverty or are considered “near poor.”

That’s nearly 1/3 of our populace who are living in the worst economic conditions in nearly fifty years.

We haven’t seen these highs since the mid ’60s. That survey indicates the poverty level has grown from 15.1% to as high as 15.7% [since 2010], and it’s spreading at record levels to many socio-economic groups from unemployed workers, suburban families, to the poorest poor.

…More discouraged workers are giving up on the job market and unemployment aid is running out. They found that the suburbs are seeing an increase in poverty…

Those experts surveyed also predict poverty will remain above the pre-recession level of 12.5% for many more years. Read more.......
Posted by Economic Analyst at Tuesday, July 24, 2012