10 Surprising Side Effects of Long-term Unemployment 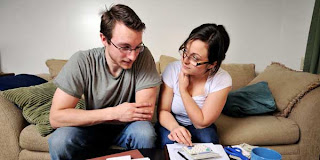 The economic downturn has left few families unscathed and, according to the Bureau of Labor Statistics, 43% of those out of work are facing unemployment lasting 6 months or more. Whether it’s lack of appropriate college education, not enough jobs in the area, or even illegal discriminatory factors like age playing a role, these individuals simply can’t find work, even after months of searching. While the financial realities of spending months, or even years, without a job can be a big enough hurdle, there are also some serious health, career, and social ramifications of long-term unemployment. Read on to learn how long-term unemployment could have unexpected side effects, some of which may last well into the next decade and beyond.
Lower salaries for a lifetime

Being out of work doesn’t just mean lost wages for those months of unemployment. For many, it may also mean a major career setback that lowers income rates and success for many years to come. Those who are laid off or fired often get back into the workforce at a much lower salary, and many are forced to take jobs that are below their skill and experience levels or not in their field of study at all, which can be a major career setback. On average, an unemployment spell will reduce wages about 3.4%, though in some cases it can be much more. For young people who can’t find work after graduation, the lack of available jobs can set the stage for a lifetime of lost earnings. How much? Studies have shown that those graduating into a bad job market will make about $100,000 less over a lifetime, and that doesn’t count the months of unemployment or underemployment that many will face. Read more.......
Posted by Economic Analyst at Thursday, March 15, 2012