Insiders, Banks, Credit Card Companies Do Not Believe in a Recovery 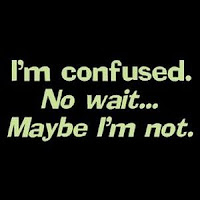 Direct mail credit card offers peaked in Q3 of 2006 with approximately 2.1 billion being sent out. In Q3 of 2009 only 391 million have been sent out. In other words, credit card companies definitely don’t believe in the recovery and they certainly don’t believe in the American consumer. On top of this drop, credit card companies are now jacking up fees on good standing customers, adding annual fees for inactivity, and basically acting like your local loan shark. At times they are even charging 79.99 percent interest rates that would make Tony Soprano blush. If we really look at the data, the economy is doing anything but recovering. Actually, it is recovering but for those on Wall Street and the banks. The average American is merely subsidizing their party. By the way, the banks are largely the reason for the decade long housing bubble.
If you really want to see how much insiders believe in this rally, let us look at some details from last week. Insiders for the week with data from Thomson Reuters bought 8.2 million dollars worth of stock during last week. How much was sold? 184 million dollars. This pattern has been occurring the entire rally. Now wouldn’t you think insiders would have a better sense of the true nature of this economic recovery?
LINK HERE

Americans are Preparing for the Great Depression are YOU?
Survival Seeds
Posted by Economic Analyst at Saturday, October 31, 2009