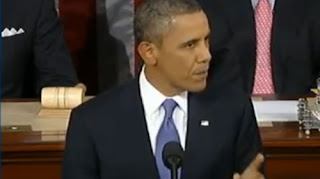 Last night, President Obama rolled out his new plan to jump-start the economy and create jobs for Americans. At a homeless shelter in Richmond Calif. -- a city reeling with problems like unemployment, gun violence and foreclosures -- the President’s speech was viewed with healthy skepticism mixed with cautious hope.

Obama told Congress to “pass right away” a plan that he says will lower the unemployment rate that currently sits at 9.1 percent. In Richmond, the unemployment rate is 17.6 percent -- almost double the national average. With the elections right around the corner, if the President wants to keep his job that number has to change.

The plan is supposed to put money in the pockets of the average American and help those who have been unemployed for a long time. It will also provide a tax break for companies who hire new workers.

It’s supposed to provide a jolt to an economy that has screeched to a halt.

At the GRIP (Greater Richmond Interfaith Program) building -- the largest homeless service provider in Richmond -- a few hopeful people sat around a table in the soup kitchen to watch Obama’s speech, hoping the President would say something that would help them get back on their feet. Read more......
Posted by Economic Analyst at Monday, April 30, 2012