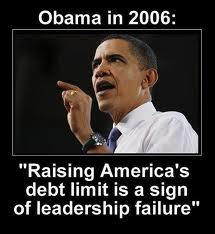 President Reagan may just as well be speaking to us today.

The Great Recession wiped out nearly two decades of Americans’ wealth, according to government data released Monday, with middle-class families bearing the brunt of the decline.

The biggest drops occurred among middle-income Americans, whose wealth was inextricably linked to the housing market boom and bust.

It’s hard to overstate how serious the collapse in the economy was,” said Mark Zandi, chief economist for Moody’s Analytics. “We were in freefall.” Read more......