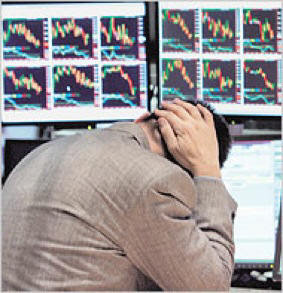 I was horrified to read of Watson Duke’s call for the re-introduction of the property tax system as a way of the Government affording what will translate to a massive increase in public sector wages. It is clear that Duke has either not given any thought whatsoever to the consequences of such a call, or, he has absolutely no regard or care for the impact of both a property tax re-introduction, and such a massive increase in public sector wages without any productivity increase.

As a trade unionist, one would expect Duke to ensure he gets the best packages for those he represents. Unlike the trade union leaders still locked blissfully in the long distant past like (Ancel) Roget and (David) Abdulah, who think that instability, exhorbitant pay increases and labour strife are what an economy needs.

However, at the same time, one would expect that our country and our people have matured to an extent where the trade unionist can sit and be very straight with those he represents. The Public Service, dollar for dollar and measure for measure, is among the lowest producing institution in our country. Poor service exists in every corner and station in the Public Service. Our nation’s competitiveness is also impacted by a Public Service that is, for the most part, inefficient, burdened by incompetence and unwilling to modernise. In fact, it is the middle levels of the Public Service and the young professionals holding contract posts that are actually keeping the Public Service working. I would therefore want to recommend to Duke that he adopts a more modern approach where if one demands a wage increase, one justifies it with productive output. Read more.......
Posted by Economic Analyst at Thursday, June 14, 2012