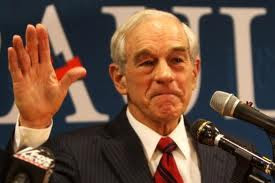 The farce known as the American electoral process has proven, yet again, that the voice of the American people is to be heard only if it speaks in lockstep with the status quo.

Republican National Committee officials essentially reshuffled the makeup of Maine’s delegation to the convention after determining that the state’s delegate-selection process in May was riddled with illegal votes and parliamentary violations.

As a compromise intended to satisfy the Romney and Paul camps, RNC officials replaced 10 of the 20 Paul delegates with 10 Romney supporters.

The switch gave Romney a 14-10 delegate edge in Maine, including the state’s four undeclared delegates, all of whom support Romney.

After exhausting all other appeals, Maine’s pro-Paul contingent plans to ask the full convention Tuesday to reject the RNC’s revised list of delegates and re-seat the slate of 20 Paul supporters who were elected during the state convention in May.

The move to bar duly elected Paul delegates from voting led contingents from Maine and Texas to erupt in anger and walk out of the convention, perhaps foreshadowing what Mitt Romney can expect from Paul supporters come election day. Read more......