How “Crazy Survivalists” Make The World A Better Place 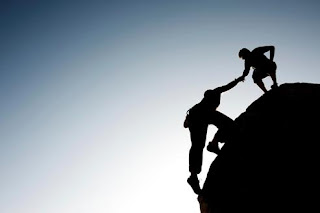 I was recently interviewed by a journalist for a local newspaper who was developing a story on the exponential rise of the “prepper lifestyle” in America, most especially in Western Montana. Being an outsider to the Liberty Movement, she was naturally curious as to what motivated us to make what some in our culture would see as a drastic and bewildering leap away from the mainstream. She was equally fascinated with our willingness to travel great distances and make substantial sacrifices to live in regions like the American Redoubt.

I will not deny, Montana has indeed become a “hotbed” of survivalism and Constitutionalism, or what the Southern Poverty Law Center would call “extremism and domestic terrorism”. I lived in Pittsburgh for years while writing for Neithercorp and Alt-Market and rarely ran into like minded individuals aware of the tenuous status of our society. Within days of moving to Montana, I was being recognized by complete strangers in supermarkets excited to discuss the inner workings of Keynesian monetary corruption, precious metals investment, and Alinsky disinformation tactics. Yeah…I know…it’s weird.

After living for a while in the Redoubt, you begin to forget that there are still many people in this country that are utterly oblivious to the epic dangers around them, as well as painfully helpless in knowing what to do when those dangers land on their doorsteps. Speaking with the newspaper reporter, and my experiences at Paulfest in Tampa, Florida, reminded me that the world has yet to be reminded of the value of survivalism. There is still a gap, a disconnect, a psychological twitch of the masses, and it compels me to explain, yet again, what they are missing. Read more......