Promises Broken: If Moderate Voters See This Video, It’s Over for Obama 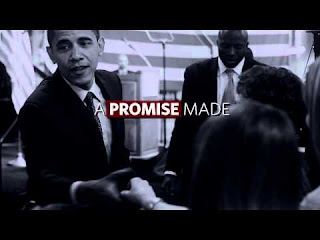 Take a good look. This is who we elected to be our leader. When you take away the pre-written speeches, the teleprompters, the flashy stage lights, the thousand dollar suits, and the star power, you’re left with just another political sycophant and his rhetoric.

His actions speak much louder than the words that convinced tens of millions of our countrymen that he would act in our interests.

Barack Obama’s administration is plagued with one promise after another being broken.

For those who have not yet been hypnotized into submission by his words, the following will be infuriating.

This is a stunning thirteen minute video that shows Obama in his own words, with commentary from mostly mainstream media sources. If this video goes viral and reaches moderate and independent voters, it would be a big blow to the Obama re-election bid. Read more......