Update On $80 Million in Seized Gold Coins: Judge Rules They “Belong to the U.S. Government” 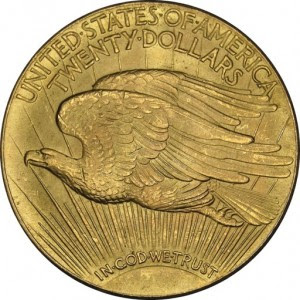 Given that tens of millions of Americans cheered in blissful agreement when a Democratic National Convention promotional video claimed that the only thing we all belong to is the government, it would make perfect sense that everything else belongs to the government as well.

In July of 2011 a jeweler’s heirs found ten double eagle $20 gold coins in a family safe that dated back to the Roosevelt administration. They then sent the coins to be authenticated and appraised by the Philadelphia Mint.

The coins come from a batch that were struck but melted down after President Franklin D. Roosevelt took the country off the gold standard in 1933.

Two were preserved for the Smithsonian Institute. But a handful more mysteriously got out.

Because the coins had never been released into circulation and were struck after Roosevelt’s gold confiscation executive order #6102 in April of 1933, the Treasury Department assumed they had originally been stolen from the mint.

Without any evidence or consideration given to statute of limitations, the government seized the coins – valued at $80 million.

The family sued in federal court and a judge has finally handed down a ruling.

A judge ruled that 10 rare gold coins worth $80 million belonged to the U.S. government, not a family that had sued the U.S. Treasury, saying it had illegally seized them. Read more......