Russian General: “The USSR Collapsed and the Same Fate Has Been Prepared for the USA” 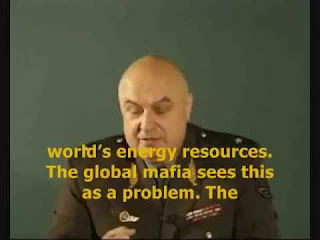 In the following video commentary Russian General Konstantin P. Petrov (Ret.) asks some interesting questions and includes his own thoughts (perhaps the non-official Russian position) about a variety of topics that include the end of US dollar hegemony, the orchestration of the 9-11 attacks to engage America in a mid-east war, the puppeteers behind the politicians and the coming premeditated collapse of the United States of America as we know it.

While here in the United States we remain enclosed in a propaganda bubble controlled by western multi-billion dollar media conglomerates, business interests and political alliances, there can be no doubt that other schools of thought exist throughout the world. What may seem like reality to our populace is perhaps nothing more than illusion.

The United States does not exist in a vacuum. As such, we simply cannot ignore the assessments, outlook and opinions of foreign leadership as they pertain to the global implications of current events.

How did they ruin the USSR? They called the Soviet Union a ‘prison for people’ and an ‘evil empire’.

The same thing is being done to the United States. Read more....
Posted by Economic Analyst at Tuesday, October 02, 2012