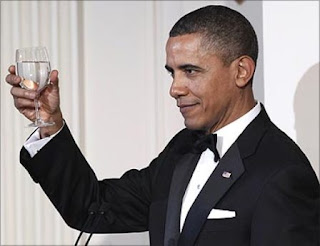 Here’s why Republicans must resist tax increases: Increased tax revenue gives Obama and liberal Democrats more government money to grow their government class, the same class they hope will keep Republicans out of the White House for generations to come. If Republicans submit to Obama’s push for tax increases, and thus further feed the beast — that is, subsidize the growing government class — then they will be purchasing their own noose, paying for their own political destruction.

Recently at The American Spectator, I wrote about this new government class. It is being nurtured by the vision and policies and programs of President Obama and his fellow “progressives”/liberals. The current class — the one that re-elected Obama — is comprised of federal employees; of state, county, and municipal workers; of dues-payers in public-sector unions like SEIU and AFSCME; of the teachers’ class and its ringleaders at the NEA and AFT; of Americans collecting food stamps, welfare, and unemployment; of those looking to government for healthcare; and much more. Unbelievably, there is even the surreal spectacle of a rising group of easily agitated young women demanding that Uncle Sam (i.e., taxpayers) pay for their contraception and abortions.

This new breed of American constitutes a huge segment of the population (and voters) who are becoming not merely dependent upon government but dependent upon Democrats. The more dependent they become, the more their dependency redounds to the political enshrinement of liberal politicians. Read more....
Posted by Economic Analyst at Saturday, December 15, 2012