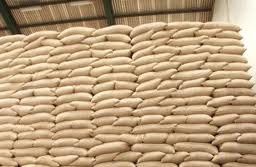 Grocery stores may still be stocked with food and most Americans are still able to keep their family’s fed, but with 50 million Americans requiring government assistance to do so and prices on a seemingly never ending rise, how long will it be before the situation becomes unmanageable?

The global food crisis you need to prepare for is now imminent.

For the past six years the world has consumed more food than it has produced. As a result, global food reserves are at the lowest level since 1974, when the world had 4 billion people. Today we have 7 billion.

Like a person living paycheck-to-paycheck, the world is now living year-to-year when it comes to food supplies.

According to the U.N., world grain reserves are so dangerously low that severe weather in the U.S. or other food exporting countries could trigger a major hunger crisis next year. The U.N. also warns that supplies are so tight and reserves are so low that we literally have no room for an unexpected event in 2013.