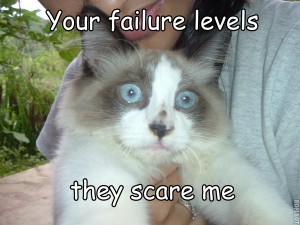 Share this list of shocking questions with everyone you know that needs to wake up.  Sometimes asking good questions is the best way to get someone that you care about to understand something.  When I attended law school, I became very familiar with something called “the Socratic method”.  It is a method that has been traditionally used in law schools all over the United States.  Law professors will bombard their students with questions, and the goal is to stimulate critical thinking and allow students to discover the answers for themselves.  Many times those of us that can see what is happening to this country get frustrated when we try to get others to see what is so apparent to us.  But instead of preaching to them, perhaps asking questions would be more helpful.

When you ask someone a question, they are almost forced to think about what you just said and come up with a response.  And without a doubt, the fact that America is in decline is undeniable.  Those that would choose to blindly have faith in the system are foolish, because it is glaringly obvious that the system is failing.  Our economy is heading for collapse and the world around us is becoming more unstable with each passing day.  So it shouldn’t be a surprise that the number of preppers in the United States is absolutely exploding.  Some estimates put the number of preppers in the U.S. as high as 3 million, and the movement continues to explode.

So exactly what is a “prepper”?  Well, the truth is that there is a tremendous amount of diversity among the people that fall under that label. Read more....
Posted by Economic Analyst at Thursday, January 17, 2013