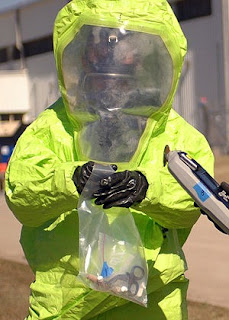 Because you can never have too many laws, regulations and mandates, Massachusetts State Representative David Linsky has filed a new bill that would, among other things, force gun owners to undergo mental health background checks, acquire liability insurance, pay an additional 25% tax on all forms of ammunition, and require firearms categorized as “assault weapons” to be stored outside of their homes and only at government approved storage depots.

“This bill is a comprehensive effort to reduce all types of gun violence – murders, intentional shootings, accidental shootings and suicides.  There is not one solution to reducing gun violence – we can’t eliminate it – but there are a lot of common-sense steps that we can take to significantly reduce the everyday tragedy of gun violence and deaths,” said Linsky.

“I have spoken with hundreds of people over the past few weeks in developing this legislation – victims, police officers, criminologists, physicians, and yes – gun owners and sportsmen,” stated Linsky. “There are a lot of good ideas out there. We should all have one goal – reducing gun violence and trying to keep more tragedies from happening.”

Provisions in the bill include:

Having one standard of the issuance of all gun licenses, giving local police chiefs the ability to evaluate all aspects of an application for a gun license. Read more....
Posted by Economic Analyst at Saturday, January 19, 2013