They Are Getting Ready: “No Obvious Reason” For Why China Is Massively Boosting Stockpiles of Rice, Iron Ore, Precious Metals, Dry Milk 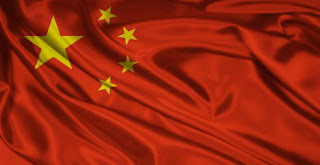 If there were ever a sign that something is amiss, this may very well be it.

United Nations agricultural experts are reporting confusion, after figures show that China imported 2.6 million tons of rice in 2012, substantially more than a four-fold increase over the 575,000 tons imported in 2011.

The confusion stems from the fact that there is no obvious reason for vastly increased imports, since there has been no rice shortage in China. The speculation is that Chinese importers are taking advantage of low international prices, but all that means is that China’s own vast supplies of domestically grown rice are being stockpiled.

Why would China suddenly be stockpiling millions of tons of rice for no apparent reason?

Perhaps it’s related to China’s aggressive military buildup and war preparations in the Pacific and in central Asia.

If a 400% year-over-year increase in rice stockpiles isn’t enough to convince you the Chinese are preparing for a significant near-term event, consider that in Australia the country’s two major baby formula distributors have reported they are unable to keep up with demand for their dry milk formula products. Grocery stores throughout the country have been left empty of the essential infant staple as a result of bulk exports by the Chinese.

A surge in sales of one of Australia’s most popular brands of infant formula has led to an unusual sight for this wealthy nation: barren shelves in the baby aisle and even rationing of baby food in some leading retail outlets. Read more...
Posted by Economic Analyst at Thursday, January 10, 2013