South America Goes Critical: Now Chavez Devalues Currency: “This May Well Be the Lighting of the Proverbial Fuse… Everywhere.” 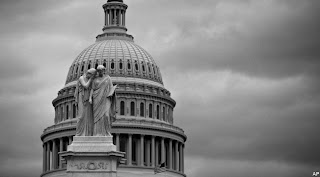 While Europe’s fiscal woes seem to be on everyone’s financial radar recently, and rightfully so, there is instability everywhere.

This is a global economic crisis and it’s affecting hundreds of millions of people all over the world.

Earlier this week Argentine President Cristina Kirchner responded to her country’s sky-rocketing inflation rates by freezing prices on food, a move Forbes magazine says will soon lead to widespread corruption in the business community and government.

In Venezuela, where President Hugo Chavez has attempted to control all aspects of his country’s economy, price freezes instituted on essential goods like diapers and cleaning products over a year ago failed to curb soaring inflation which registered at over 22% last year. In response, with their quiver out of arrows, the Venezuelan government announced today that they are devaluing their national currency, the Bolivar, by over a third. The announcement had the immediate impact of increasing the price for a US dollar in Bolivar by nearly 50%.

By boosting the bolivar value of Venezuela’s dollar-denominated oil sales, the change is expected to help ease a difficult budget outlook for the government, which has turned increasingly to borrowing to meet its spending obligations.

But analysts said the move would not be sufficient to end the government’s budget woes or balance the exchange rate with an overvalued currency. Economists predicted higher inflation and a likely continuation of shortages of some staple foods, such as cornmeal, chicken and sugar. Read more....
Posted by Economic Analyst at Saturday, February 09, 2013