"Romneycare", "Obamacare" - Do they care? 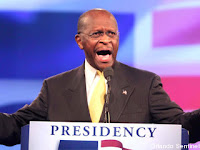 The Republican Debate at the Reagan Library was very exciting. This was the first debate that the new favorite, Rick Perry attended, and phew! things did heat up very quickly! So I sat in front of my TV watching carefully for the first presidential debate of Republican Ronald from the Reagan Library in Simi, California. Obama asked at a joint session of Congress to present its proposal for jobs. The problem is that he was asked at the same time as a Republican presidential debate. It's amazing how the Democrats say that More Here..
Posted by Economic Analyst at Wednesday, October 12, 2011