14 Uplifting Facts About the Job Market for New Grads 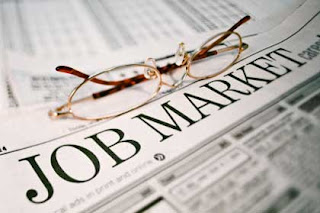 Even if we wanted to, we couldn’t fool new grads into thinking they’ll have an easy time landing a job after graduation. There is too much bad news bombarding them daily about the job market and the economy. Still, somebody’s getting hired this year, and it could be you; that alone is reason to hope. But if that’s not enough, here are 14 bright spots about the job market to brighten your day and lift your spirits.

Although a previous estimate pegged 2012 hiring at 9.5%, the number is now slotted at nearly a full percentage point higher, according to a National Association of Colleges and Employers (NACE) survey. In a very positive sign of economic recovery, college career fairs are buzzing with activity. The number of companies attending fairs is regularly being reported as much as 30% higher than two years ago.

In addition to the volume of hiring forecast for 2012, more employers across fields said in a recent CareerBuilder.com survey that they planned to hire. Whereas 46% planned to take on additional employees in 2011, 54% said they plan to hire college grads this year. Read more.....
Posted by Economic Analyst at Tuesday, June 26, 2012