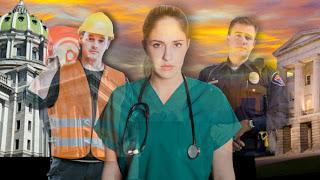 The message from voters about public pension plans is clear: They're ready to cut the retirement benefits of police, firefighters, teachers and other state and municipal workers.

The latest indicators include the failed recall of Gov. Scott Walker in Wisconsin – which started with his efforts to cut pensions – and referendums in San Jose and San Diego, where voters overwhelmingly backed pension reform measures. A recent study by the U.S. Government Accountability Office found that 35 states have reduced pension benefits since the 2008 financial crisis, mostly for future employees. Eighteen states have reduced or eliminated cost-of-living adjustments (COLA) – and some states have even applied these changes retroactively to current retirees.

This week, the Pew Center on the States reported that states are continuing to lose ground in their efforts to cover long-term retiree obligations. In fiscal year 2010, the gap between states' assets and their obligations for retirement benefits was $1.38 trillion, up nearly 9 percent from fiscal 2009. Of that figure, $757 billion was for pensions, and $627 billion was for retiree health care.

Pensions are, no doubt, consuming a larger share of some state and local budgets. The bill has come due for years when plan sponsors did not make their full plan contributions; in the years leading up to the 2008 financial crisis, many papered that over by relying on strong stock market returns. Many plans also took major hits in the 2008 crash, and returns have since been hurt by low interest rates. Read more.....
Posted by Economic Analyst at Saturday, June 23, 2012