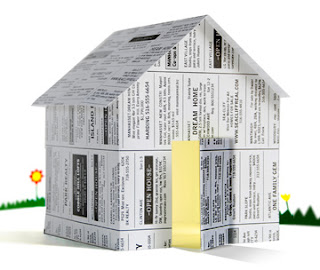 It's impossible to argue economics with conservatives who have no idea what Ronald Reagan really did -- tax, spend

’ve stumbled across of couple of recent conservative arguments that are so confusing that they’re downright confuzzled, which is just south of ridunkulous.

Let’s start with this editorial on the fiscal cliff (which I’ll have the honor of debating later tonight on the Kudlow Show) from the WSJ (who’d a thunk it, but both of these pieces are from the Journal). The piece argues…actually, I’m not sure what it’s arguing.

They don’t think taxes should go up due to the fiscal cliff—they think they should go down. But they do think the spending cuts should occur, though when it comes to the defense cuts, they’re a little squishy.

But the punchline is, when it comes to the fiscal cliff, the right policy set is…wait for it!…cut taxes and cut spending!

OK, I get it—their only tool is a hammer, so everything’s a nail. But if your answer to every problem that comes up, regardless of the timing, the underlying economic conditions, the politics or anything else is always the same, should anyone take you seriously? Read more....
Posted by Economic Analyst at Wednesday, June 20, 2012