Bar Stool Economics: A Simple Guide to the American System of Taxation and Distribution 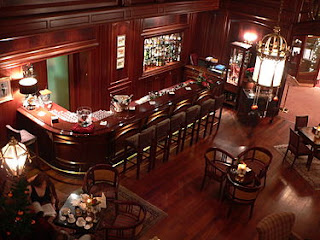 Suppose that every day, ten men go out for a beer and the bill for all ten comes to $100.

If they paid their bill the way we pay our taxes, it would go something like this:

The first four men (the poorest) would pay nothing.

So that’s what they decided to do. The men drank in the bar every day and seemed quite happy with arraignment, until one day, the owner threw them a curve.

“Since you are all such good customers, he said, I’m going to reduce the cost of your daily beer by $20.00.

The group still wanted to pay their bill the way we pay our taxes so the first four men were unaffected. They would still drink for free. But what about the other six men – the paying customers? How could they divide the $ 20 windfall so that everyone would get there “fair share?” They realized that $ 20.00 divided by six is $3.33. But if they subtracted that from everybody’s share, then the fifth man and the sixth man would each end up being paid to drink his beer. So, the bar owner suggested that it would be fair to reduce each man’s bill by roughly the same amount, and he proceeded to work out the amounts each should pay! Read more......
Posted by Economic Analyst at Thursday, July 26, 2012