What In The World Is Wrong With American Kids? 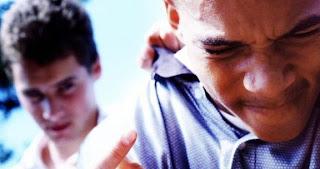 What in the world has happened to the children of America? All over the United States kids are acting like half-crazed monsters, but most people seem to think that this is “normal”. American kids today are selfish, self-centered, sadistic, cruel, disrespectful, disobedient to their parents, ungrateful, boastful, unforgiving, incredibly brutal and they possess very little self-control whatsoever. They feel entitled to everything, but they don’t want to work for any of it. They are absolutely addicted to entertainment, and they know very little about self-sacrifice. Disciplining children is not considered to be “politically correct” in America today, and with each passing year these little hellions get even worse. So what in the world is our country going to look like when all of these out of control kids grow up?

Below I have posted a video that is likely to make you very, very angry. It is video of two 15-year-old bullies torturing a little 10-year-old boy in the back of a school bus. What makes it even worse is that the boy is a special needs student.

The short video below only shows some of the key moments, but the truth is that the bullies physically abused this poor boy for the entire 40 minute bus trip. They constantly used racial and sexual slurs and at one point they held a very hot cigarette lighter against his skin which made him howl in pain. Read more.....
Posted by Economic Analyst at Wednesday, July 25, 2012