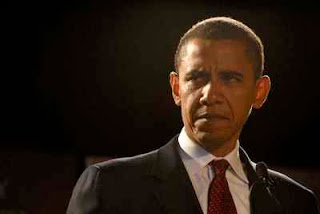 Has anyone ever seen anything like it?! Is there any constitutional crisis even close to this unprecedented predicament in American history?

We have a sitting president who has posted a thoroughly fraudulent and forged birth certificate on an official White House website.

Do you get the picture yet?! REPEAT: We have a sitting President, of these United States Of America, who failed to submit the appropriate official records in support of his qualifications and fitness to occupy the highest office in the land the first time around. And now, as he runs for the same office again, he has submitted a fraudulent and forged birth certificate as evidence of being a natural born citizen of the USA.

This is a constitutional lawyer, who is surrounded by the ‘best’ legal advisers in the country, who has committed a series of quite serious felonies in pursuit of his political ambitions. Did you get that?

President Obama has access to the highest paid, most knowledgeable, experienced and powerful attorneys throughout the nation, and the best he can do is commit a number of high crimes and misdemeanors in the process of running for president not once, but two times a row. Read more.......
Posted by Economic Analyst at Monday, July 09, 2012