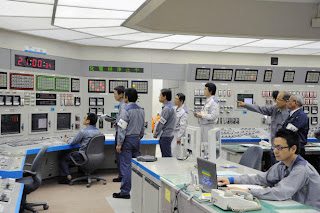 We’ve seen it time and again over the last decade. An emergency strikes and panic grips the city or region for days or weeks on end.

We saw a complete breakdown of emergency response and law & order during Hurricane Katrina. The 2011 Snowpocalypse on the east coast led to runs on grocery stores and empty shelves within a matter of hours. Widespread blackouts during Hurricane Ike left large sections of the Houston power grid down for up to four weeks. In all these cases gas was almost impossible to find, what was in your pantry was what you had until food distribution resumed, local water was not safe for consumption, and government response was limited to reinstating essential services first and foremost.

The bottom line, as Jesselyn Radack of the Government Accountability Project notes, is that after billions have been spent by Department of Homeland Security, FEMA and local law enforcement, we are no more prepared today than we were the day before September 11, 2011.

After a short but unusually severe thunderstorm that roared through the D.C. area on Friday night, the entire Washington Metropolitan Area was thrown into chaos. Read more........
Posted by Economic Analyst at Wednesday, July 04, 2012