Going to the Extreme: Euro-Preppers Get Ready for the Worst 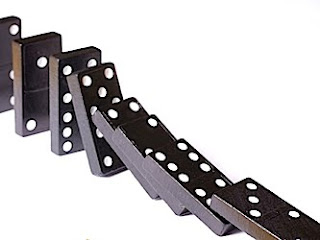 It’s not just in the USA that a growing number of people are preparing for far-from-equilibrium scenarios resulting from economic or geo-political collapse.

Many Europeans have also taken note of the troubling signs all around them. In the following report, RT visits a man who wished to keep his name and location anonymous. Like many Americans, he is preparing for all hell to break loose and has spent the last few years gearing up his home and supplies for the worst.

Like most preppers and survivalist, he has modified his lifestyle to become more self reliant and less dependent on the grid and existing government infrastructure.

In addition to generating two thirds of his current energy consumption with wind and solar power, he grows his own food and raises cattle to supplement his diet in the event grocery stores run out of food or prices get so expensive in Euros that no one can afford to buy it.

As is this case for many of his like-minded counterparts in the United States, for this Euro prepper it’s not a matter of “if” the collapse happens – it’s only a matter of when. And when “when” finally happens, he’ll be ready for it. Read more......
Posted by Economic Analyst at Thursday, July 19, 2012