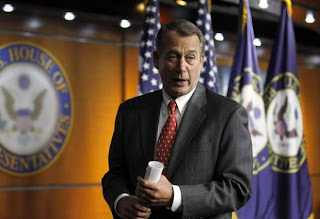 The House voted again Wednesday to repeal President Obama’s healthcare law, a largely symbolic gesture that gave Republicans some revenge against the Supreme Court ruling that declared the law constitutional.

Republicans also see it as a way to motivate their base this fall as they fight to keep control of the lower chamber, win the Senate and take the White House.

Members approved the repeal legislation on a 244-185 vote, after five hours of debate that stretched over two days.

Five Democrats, most of them facing tough reelection bids, supported the repeal effort alongside the GOP, prompting the Republican National Committee (RNC) to declare the result “bipartisan.”

The repeal effort will likely die in the Democratic-controlled Senate, but the Republican minority there is working to force a vote, hoping to put vulnerable Democrats on the record before November.