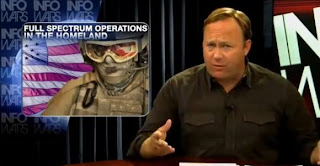 There was once a group of men who established a fundamental law of the land that allowed the people of their new found country to peaceably assemble and petition their government for a redress of grievances. These founding fathers of that Great nation even went so far as to declare that the government itself could never make a law that would threaten to supplant these protections, which were reserved exclusively for the people. This concept of freedom of assembly and protest was so critical to protecting and preserving the liberty of the people that it was the very first law – the very first Amendment – proposed by the newly elected representatives of These United States of America and came into effect on December 15, 1791.

It’s frightening what just a couple of hundred years of politicking, self serving greed and expediency can do to a nation. Apparently, somewhere along the way, politicians and judges who hold their personal views in higher regard than those laws upon which this nation was founded, have taken it upon themselves to decide what’s best for the American people and that, perhaps, we have a little too much liberty:

A federal appeals court has upheld the creation of no demonstration zones, which prohibit free speech in certain public areas.

The Second Circuit Court of Appeals released a ruling yesterday upholding a lower court’s decision that also declared such zones as being permissible. The opinion was penned by Judge Dennis Jacobs on behalf of a three judge panel that included Judges Pierre Leval and Debra Ann Livingston, two of whom are Republican judges appointed by George H.W. Bush. Read more.....