More Than 100 Million Americans Are On Welfare 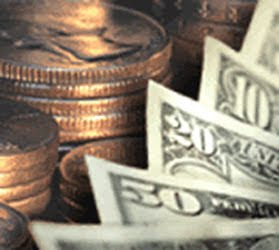 There are more Americans dependent on the federal government than ever before in U.S. history. According to the Survey of Income and Program Participation conducted by the U.S. Census, well over 100 million Americans are enrolled in at least one welfare program run by the federal government. Many are enrolled in more than one. That is about a third of the entire population of the country. Sadly, that figure does not even include Social Security or Medicare. Today the federal government runs almost 80 different "means-tested welfare programs", and almost all of those programs have experienced substantial growth in recent years.

Yes, we will always need a "safety net" for those that cannot take care of themselves, but it is absolutely ridiculous that the federal government is financially supporting one-third of all Americans. How much farther do things really need to go before we finally admit that we have become a socialist nation? At the rate we are going, it will not be too long before half the nation is on welfare. Unfortunately, we will likely never get to that point because the gigantic debt that we are currently running up will probably destroy our financial system before that ever happens.

It is really hard to believe how rapidly some of these federal welfare programs have grown.

For example, the number of Americans on food stamps has grown from about 17 million in 2000 to 31.9 million when Barack Obama took office to 46.4 million today.

The federal government spent a staggering 71.8 billion dollars on the food stamp program in 2011.

That sure is a lot of money to spend on food.

And I thought that my grocery bills were high.

Once upon a time, Medicaid was supposed to help the poorest of the poor get medical care. In fact, back in 1965 only about one out of every 50 Americans was on Medicaid. Read more......