Obama asks eurozone to keep Greece in until after election day 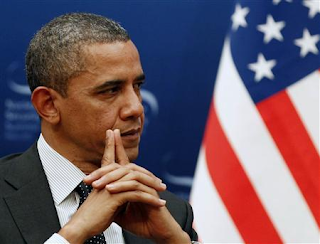 US officials are worried that if Greece exits the eurozone, it will damage President's election hopes

The Obama administration will pressure European governments not to let Greece fall out of the eurozone before November's Presidential elections, British Government sources have suggested.

Representatives from the International Monetary Fund, the European Central Bank and the European Commission are due to arrive in Athens next month to assess Greece's reform efforts.

They are expected to report in time for an 8 October meeting of eurozone finance ministers which will decide on whether to disburse Greece's next €31bn aid tranche, promised under the terms of the bailout for the country.

American officials are understood to be worried that if they decide Greece has not done enough to meet its deficit targets and withhold the money, it would automatically trigger Greece's exit from the eurozone weeks before the Presidential election on 6 November. Read more.....