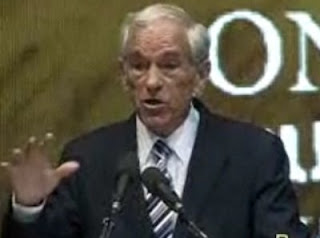 Speaking on the eve of the Republican National Convention, Ron Paul reassured hundreds of ecstatic supporters at a rally here Sunday that the revolution he began is far from over.

“Let me tell you, I was a little afraid to come down here,” Paul told the crowd at his Sun Dome rally. “I wasn’t afraid of Hurricane Isaac. But there have been a lot of news headlines that say the Revolution is over….They’re saying the Revolution isn’t happening — they wish!”

It was likely to be one of the last speeches of Paul’s political career — the Texas Congressman’s presidential campaign will officially end when the Republican Party nominates Mitt Romney this week, and Paul is retiring from Congress at the end of this year. But he promised his legions of fans on Sunday that the movement will move forward, even in his absence. Read more......