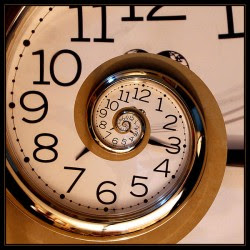 If you want to figure out what is going to happen next in the financial markets, carefully watch what the insiders are doing. Those that are “connected” have access to far better sources of information than the rest of us have, and if they hear that something big is coming up they will often make very significant moves with their money in anticipation of what is about to happen. Right now, Wall Street insiders and central banks all around the globe are making some very unusual moves. In fact, they appear to be rapidly preparing for something really big. So exactly what are they up to? In a previous article entitled “Are The Government And The Big Banks Quietly Preparing For An Imminent Financial Collapse?“, I speculated that they may be preparing for a financial meltdown of some sort.

As I noted in that article,more than 600 banking executives have resigned from their positions over the past 12 months, and I have been personally told that a substantial number of Wall Street bankers have been shopping for “prepper properties” this summer. But now even more evidence has emerged that quiet preparations are being made for an imminent financial collapse. That doesn’t guarantee that something will happen or won’t happen. Like any good detective, we are gathering clues and trying to figure out what the evidence is telling us.

I am certainly not a fan of George Soros. He has funneled millions upon millions of dollars into organizations that are trying to take America in the exact wrong direction.

However, I do recognize that he is extremely well connected in the financial world. Soros is almost always ahead of the curve on financial matters, and if something big is going to go down George Soros is probably going to know about it ahead of time. Read more......