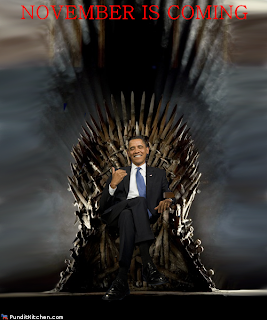 A brief written message from a longtime Wall Street insider gives their views on Mitt Romney’s choice of Paul Ryan as a running mate, and points to Barack Obama as the one truly responsible for the ongoing destruction of the American economy via his refusal to show any leadership on the nation’s looming entitlement disaster.

I apologize for my delay in responding to your questions. I must be brief here, but hope my opinion on these matters provides you some measure of enlightenment and understanding – at least regarding my own personal views.

As to Mr. Romney’s choice of the incredibly bright and energetic Paul Ryan I gladly admit to being very very pleased. Congressman Ryan has time and again proven himself truly capable of both content and messaging, a talent few of his contemporaries share, including the Man Calling Himself Obama. It was a sound choice which once again speaks to the measured, thoughtful character that has been the hallmark of Mr. Romney’s successful life. I am told the two men genuinely appreciate and respect one another, something which apparently does not exist between the current President and Vice President.

I have spent some time pouring over the media reports and made note of the Democratic Party operatives attempting to play the “Mediscare” card against both Governor Romney and Congressman Ryan. To that I am quite certain the pro-Romney PACs are well prepared. In fact, I will proceed to inform you they are indeed quite prepared for this attempt by the Obama campaign to spin what is an outright lie and indefensible insult to the intelligence of the American voter. Read more......