30 Examples of Why America Is No Longer a Free Country 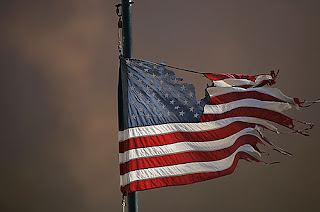 Nanny state is no longer on steroids, it has turned into the Incredible Hulk

From people being harassed for paying by cash or having a food garden, to Americans being arrested for letting their children play outside – innumerable examples over the past few months alone illustrate that the United States is no longer a free country.

The nanny state is no longer just on steroids, it has turned into the Incredible Hulk as collectivism, pernicious bureaucracy, regulation, mass surveillance and outright tyranny runs wild across the country.

Here are just a selection of stories from scores of recent examples illustrating how America is ‘land of the Free, home of the brave’ no more.

- Parents across the country are being arrested for letting their children play outside. A stay at home mom in Texas was held in jail for 18 hours for allowing her children to ride on scooters while she was watching them from her home. A mother in Virginia was also harassed by social services and police for the egregious crime of allowing their children to play outside in another example of how the nanny state is running wild in America.

- The war on lemonade stands, traditionally viewed as a quaint example of America’s entrepreneurial spirit, has intensified in recent months with cops slapping parents with fines for letting their kids run “unlicensed” lemonade stands in three separate incidents over the last year alone. A map of restrictions on child-run concession stands illustrates how there have been dozens of examples of police interference across the country. Read more....
Posted by Economic Analyst at Friday, September 28, 2012