WATCH: “Keep Obama In President, You Know! He Gave Us a Phone! Food Stamps, Social Security…” 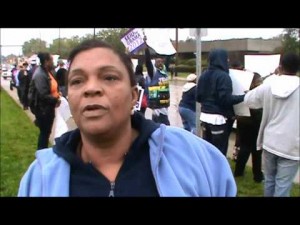 The problem with socialism is that you eventually run out of other people’s money.

One understands that our economic situation, debt levels and social welfare expenditures are untenable.

And the other believes that if they can just vote the right people into office they won’t ever have to work or worry again. They are under the assumption that their phone bill, food, electricity, rent, medical bills and retirements will be taken care of from cradle to grave. In their perfect world, the government creates the wealth and redistributes that wealth to everyone. Where this wealth and money comes from is anybody’s guess.

If you’re part of the former, then the following video recorded at a Mitt Romney rally near Cleveland, Ohio will make you absolutely sick… Read more....
Posted by Economic Analyst at Friday, September 28, 2012