Healthcare Polling and Why It Matters 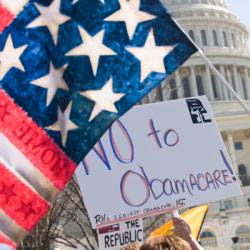 Humans are tribal creatures. Most of us like to feel we belong, so poll results can influence our opinions. I’ve compiled some tips to help you sort out the good polls from the crappy ones.

Look at who did the poll. Polling companies like Rasmussen and Gallup have reputations to protect, so they’re careful not to do skewed polling. Other groups are more interested in producing fodder for their propaganda and use various techniques to “push” their poll results in a desired direction.

While you should beware of polls done by special interest groups and biased media agencies, you should not ignore a poll simply because it was PAID FOR by a special interest group. One of the best, fairest and most informative abortion polls I ever saw was paid for by Focus on the Family, which definitely has a pro-life agenda. But they hired a reputable polling agency to do the work and, from what I saw, they genuinely wanted meaningful information about where Americans stood on the issues at the time of the poll.