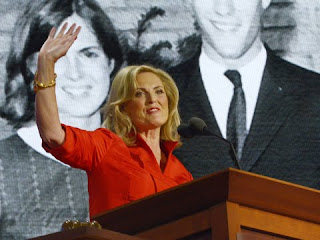 Probably the most memorable moment of the Republican dog and pony show in Tampa earlier this week occurred when Ann Romney said “you can trust Mitt.” She didn’t elaborate, but Mitt’s handlers did. They promised Mitt will restore fiscal responsibility, expand the military, and cut taxes.

The last one is betrayed by the Republican platform.

“The 2012 Republican Platform calls for a complete overhaul of the federal tax system. No surprise there. But then it endorses a value-added tax or national sales tax as one possible solution to the nation’s budget problems. This is shocking,” writes Jim McTague for Barron’s.

In order to sell this, the Republicans say they will only move to institute a value added tax – a tax that confiscates money at all stages of the production process – but only if the Sixteenth Amendment is repealed.

In 1909, a Republican Congress devised the Sixteenth amendment. It allows the government to levy an income tax without apportioning it among the states. It was ratified in 1913 despite the fact it undermines the constitutional requirements regarding direct taxes. Read more.....