What Mitt Romney Got Wrong About the 47 Percent 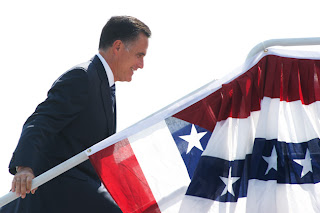 Mitt Romney’s videotaped remark to wealthy supporters that 47 percent of Americans “believe they are entitled to health care, to food, to housing, to you-name it” and that “my job is not to worry about” people who won’t “take personal responsibility and care for their lives” was pretty stunning any way you look at it.

It cements the impression of Romney as someone who cares only for the rich. It shows a contempt for others that had previously existed only in Democratic attack ads. It writes off half the nation. And it diminishes and undermines the substantial tradition of conservatives who do care about helping the less-fortunate. In this way, Romney’s self-revelation illuminates a troubling shift within the Republican Party that he has now come to embody.

First, some context: It’s true that 47 percent of workers paid no federal income tax in 2010. But Romney is wrong to imply they didn’t pay any taxes. Most paid Social Security, sales, payroll, and property taxes. Many paid a higher percentage of their income than Romney did. The Congressional Budget Office estimates that only about 10 percent paid no federal tax at all, and most of those were retirees.

Regardless, the 47 percent figure has become an angry rallying cry for the sort of aggrieved conservatives who listen to a lot of talk radio. They decry parasites and self-anointed “victims”—as Romney sees them—who are evidently unworthy of attention or respect, even from a guy willing to cost himself plenty of the latter in his quest for votes. Read more.....