Mob Hijackings Continue, Police Powerless: “We Own This Now” 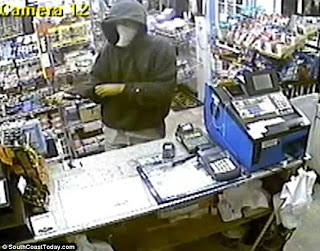 As more and more Americans across the country become impoverished by rising costs for essential goods, falling wages, job losses, and an unraveling social safety net, those with nothing left to lose are becoming more daring, more aggressive and more ruthless.

Nowhere is this as apparent than in the cities of Chicago, where police have compared the explosion in violence to a tribal warfare akin to what we’ve seen in Iraq or Afghanistan, and Detroit, Michigan, where acres upon acres of dilapidated homes have been razed and police have simply stopped responding to emergency calls in certain areas.

The rule of law is steadily collapsing, and in due time you may see it in your city:

Even the old-timers in Detroit never have seen anything like this… A mob of 40 black people moved into a convenience store and will not leave.

They say they now own it. They eat. Smoke. Cuss.Threaten. Spit. Rob. Sell drugs. All on video.

Police, ministers, neighbors, the store owner and just about everyone else seems powerless to stop them. Read more....
Posted by Economic Analyst at Wednesday, October 03, 2012