If Small Businesses Are Bummed, Why Are They Hiring? 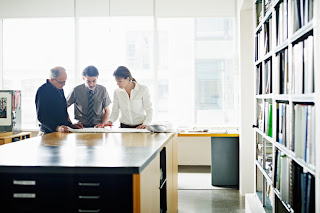 Small and midsize employers added 145,000 jobs in September, driving most of the private sector hiring reported on Wednesday by payroll company ADP (ADP). Robust hiring by businesses with fewer than 500 employees belies the picture of Main Street paralyzed by uncertainty and weak demand. Small business confidence, as measured by the widely watched NFIB Optimism Index, has been at recession levels since 2008. What’s going on here?

First, the ADP Employment Report (pdf) actually measures hiring by establishments, not firms. That means that if a Starbucks (SBUX) with fewer than 50 workers expands its payroll, it shows up as hiring by a “small” employer in the ADP numbers, even though the parent company employs 150,000 people.

On top of that, the type of companies that use payroll providers such as ADP may not represent the broader small business world, says Holly Wade, a policy analyst with the National Federation of Independent Business who helps put together the group’s report on economic trends. She says only one-fifth of small businesses use a payroll service. Those that do “are likely more profitable and have more complex employee compensation than the general population,” she says in an e-mail. “This is why I think their employment data is overly optimistic compared to our data but also compared to [Bureau of Labor Statistics] data.” Read more....