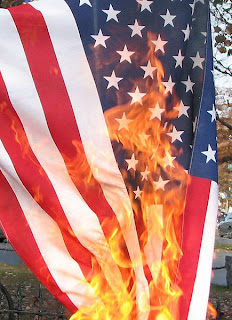 Globalists have conquered governments, now they want to conquer the people

Will 2013 be remembered by future historians as the year that the United States of America to all intents and purposes died as a Republic and was finally seized by authoritarian globalists who have already openly usurped governments all across Europe?

A brief foray into the events that shaped 2012 sends the clear signal that America stands on the precipice of total collapse unless the full frontal assault on everything that characterizes the bedrock of the U.S. is reversed.

The globalists have already conquered every major government in the west and have fully implemented their draconian policies in a uniform fashion. 2013 will likely be the benchmark for when those policies were truly visited upon the peoples of those nations and the consequences laid bare for all to see.

The liberties that many Americans still cherish and the freedoms they exercise are not compatible with the despotic system that the global elite has in store for the United States.

The recent “surprise” announcement that Canadian Mark Carney is to be appointed Governor of the Bank of England means that the 2012 Bilderberg attendee completes Goldman Sachs’ virtual domination over all the major economies of Europe. The economies of England, France, Ireland, Germany, Italy, Greece, and Belgium are all now controlled by individuals who harbor a direct relationship with Goldman Sachs. The international banking giant, notorious for its corruption and insider trading, now has massive influence over virtually every major western economy on the planet. Read more...
Posted by Economic Analyst at Monday, December 17, 2012