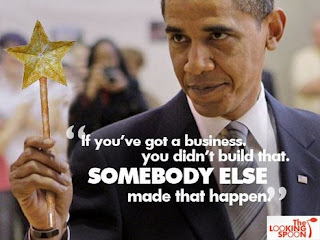 It is the ultimate example of how you reap what you sow: Huge numbers of American workers who voted for Obama are now seeing their own jobs slashed below 30 hours a week as employers desperately try to avoid “Obamacare bankruptcy.”

Obamacare mandates for businesses only apply to those working 30 hours a week or more, and while many businesses do not want to cut workers’ hours, they are being forced to in order to stay afloat. This necessary action is causing businesses to lose money and become less competitive while at the same time destroying American jobs.

Some businesses are also slashing job positions in an effort to get below the 50-employee threshold above which Obamacare mandates kick in. So across the country, we’re not only seeing workers lose hours thanks to Obamacare; we’re also seeing workers losing their jobs.

But the Obama administration will announce these results to be a huge “job creation success!” because workers must now find two part-time jobs that usually pay less than the one full-time job they used to have. The raw job numbers, however, will be spun by the White House into a victory pronouncement of “twice as many jobs exist now!”

Be careful what you vote for

A note to Obama supporters: When you thought you were voting for “free health care,” you were actually voting to get yourself “downsized.” Your vote was an act of economic suicide. That’s because no government can force a business to pay for something that will put it out of business. When government mandates become too expensive for a business to afford, it will simply stop conducting business and that means cutting jobs or job hours. Read more....
Posted by Economic Analyst at Wednesday, December 12, 2012