Communist Chinese Government Calls For Americans to be Disarmed 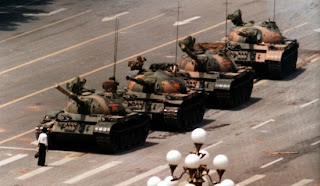 China can keep its draconian police state, Americans will keep their guns

The Communist Chinese government, via its state-run media front Xinhua, has called for Americans to be disarmed, arguing that the Sandy Hook school massacre demands “no delay for U.S. gun control.”

Xinhua is virtually the press agency for the Communist Chinese government. The organization, “is subordinate to the State Council and reports to the Communist Party of China’s Propaganda and Public Information Departments.”

In other words, Xinhua represents the pinnacle of Chinese state-run media. Whatever is printed in its editorial pages represents the opinion of the ruling Communist Party leaders.

The article calls on Obama to exploit the tragedy to push his gun control agenda, adding that his lame duck situation represents “the best position to promote it,” while blaming the National Rifle Association for curtailing previous attempts to regulate firearms in the United States.

Noting that after previous mass shootings efforts to impose gun control measures “disappointingly always fail,” the editorial expresses the desire that the “gunman’s cruelty and evil may provide a strong momentum and broader public support for the restart of gun control efforts.” Read more...
Posted by Economic Analyst at Saturday, December 22, 2012