Generation Y Wakes Up From The American Dream, Faces An American Nightmare 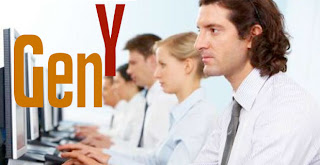 Three and a half years after the worst recession since the Great Depression, the earnings and employment gap between those in the under-35 population and their parents and grandparents threatens to unravel the American dream of each generation doing better than the last. We have noted a number of times that these divides are growing and warned of the social tension this could create and, as Bloomberg notes, it does not appear to be getting any better, Generation Y professionals entering the workforce are finding careers that once were gateways to high pay and upwardly mobile lives turning into detours and dead ends.

“This generation will be permanently depressed and will be on a lower path of income for probably all of their life – and at least the next 10 years,” as middle-income jobs are disappearing. A 2009 law school graduate sums it up rather succinctly: “I had a lot of faith in the system, the mythology that if you work really hard you can achieve anything, and the stock market always goes up. It was pretty naïve on my part.”
Via Bloomberg:

Generation Y professionals entering the workforce are finding careers that once were gateways to high pay and upwardly mobile lives turning into detours and dead ends. Average incomes for individuals ages 25 to 34 have fallen 8 percent, double the adult population’s total drop, since the recession began in December 2007. Their unemployment rate remains stuck one-half to 1 percentage point above the national figure. Read more...
Posted by Economic Analyst at Thursday, December 27, 2012