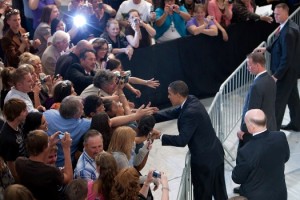 America is rapidly becoming a nation of takers.  An increasing number of Americans expect the government to take care of them from the cradle to the grave, and they expect the government to dig into the pockets of others in order to pay for it all.  This philosophy can be very seductive, but what happens when the number of takers eventually outnumbers the number of producers?  In 11 different U.S. states, the number of government dependents exceeds the number of private sector workers.  This list of states includes some of the biggest states in the country: California, New York, Illinois, Ohio, Maine, Kentucky, South Carolina, Mississippi, Alabama, New Mexico and Hawaii.  It is interesting to note that seven of those states were won by Barack Obama on election night.  InCalifornia, there are 139 “takers” for every 100 private sector workers.

That is crazy!  The American people have become absolutely addicted to government money, and it gets worse with each passing year.  If you can believe it, entitlements accounted for 62 percent of all federal spending in fiscal year 2012.  It would be one thing if we could afford all of this spending, but unfortunately we simply cannot.  We are drowning in debt, and we are stealing more than a hundred million more dollars from future generations with each passing hour.  No bank robber in history can match that kind of theft.

Yes, we will always need a safety net.  There are many people out there that simply cannot take care of themselves.  We certainly don’t want to see anyone sleeping in the streets or starving to death. Read more...
Posted by Economic Analyst at Thursday, December 27, 2012