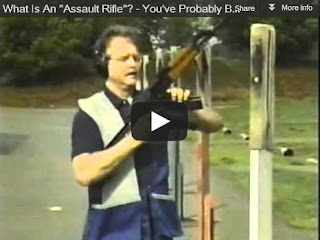 For anyone who may have thought Senator Feinstein and her colleagues in Congress were bluffing about coming firearms legislation that would restrict the sale, transfer and possession of certain firearms, think again.

A summary of the proposed legislation has been made available, and it’s a whopper.

Among outright banning 120 ‘assault’ related firearms (such as AR-15′s and AK-47′s), the bill will also target any weapon that utilizes a “detachable magazine,” as well as any magazine with a capacity of over ten rounds, which would include semi-automatic handguns and shotguns.

Moreover, if you already own a firearm or modification that ends up on the ban list, you will be required under Federal law to register that gun, complete with a background check, fingerprinting and local law enforcement verification.

Those who have recently purchased firearms that would fall under the ban may soon find Federal agents from the Bureau of Alcohol, Tobacco, and Firearms (ATF) at their door looking to confiscate ‘illegal’ weapons or engage in home searches for illegal accessories like ‘high capacity’ magazines (over 10 rounds), flash suppressors, pistol grips, and bullet buttons (a feature designed to circumvent ‘fixed’ magazine laws in states like California). Read more....
Posted by Economic Analyst at Friday, December 28, 2012