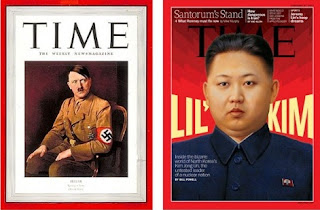 In May of 2009 North Korea’s controversial nuclear weapons tests were dismissed by global intelligence agencies as failures due to their low explosive yield. But EMPact America President Dr. Peter Vincent Pry, a former CIA nuclear weapons analyst, had his own assessment. It appears, according to Pry, that while the yield from the nuclear tests was weak with respect to destructive power in terms of the nuclear blast itself, the tests indicated the weapon was “capable of emitting enough gamma rays to disable the electric power grid across most of the lower 48 states.”

It’s been referred to as a “Super-EMP,” or electro-magnetic pulse weapon, something that foreign powers and rogue states have been working on developing for years as a low-cost, low-inventory counter strategy to America’s massive nuclear weapons stockpiles.

Some analysts now believe that North Korea may have not only built such a weapon, but this week they may have very well tested a delivery device that would make it possible for them to launch a pre-emptive strike against the United States. Such an attack could destroy electronic components in everything from cell phones and cars to water utility plants and gas stations from coast-to-coast within seconds, throwing the country’s infrastructure back to the 1800′s.

Analysts in the West aren’t really sure what exactly North Korea has launched into space. There are mixed reports, with some suggesting the satellite hovering 300 miles above earth is working properly, while in the US it was widely believed that the satellite was hurtling out of control. Read more.....
Posted by Economic Analyst at Friday, December 14, 2012