Food stamps increase by over 600,000 in last month of data 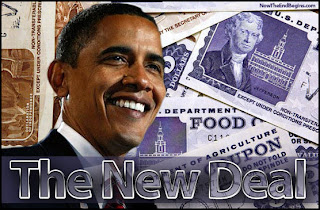 There was a startling figure that came across my desk from the United States Department of Agriculture regarding food stamp usage in the SNAP program.  Food stamp usage has grown dramatically in the last decade even during the debt inspired boom times.  Yet the devil is always in the details as we reported with the unemployment rate really dropping because of the over 500,000 Americans simply dropping out of the labor force.

The food stamp figures are stunning because they show in the last two months food stamp usage has skyrocketed by over 1,000,000.  In the last month of data observation, food stamp usage increased by more than 600,000.  Keep in mind to qualify for food stamps you have to carefully demonstrate that you are earning very little and technically are classified as being in poverty.  So what does it say that our nation now has 47.7 million Americans on food stamps?

GDP to record levels yet employment down by 4 million

Our Gross Domestic Product is now at record levels yet we are doing this with over 4 million workers less than in 2007: Read more....
Posted by Economic Analyst at Friday, December 14, 2012