20 dark predictions for 2013, the year of oppression and insanity 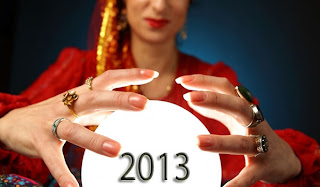 2013 will go down in history as the year of global insanity. The Earth isn’t going crazy, but many of the people who inhabit it certainly are. Madness is about to be unleashed on many fronts: economic, social, political, financial and more. In the near future, you will look back on the Christmas of 2012 and think, “Wow, those were the GOOD times!”

Do not read this article if you wish to continue frolicking in the land of TV delusions, fake news and celebrity gossip. These are the darkest real-world predictions I’ve ever published, and they are not things I ever wish to see come true. But I can’t deny the reality of where things are headed. If we project present-day trends into 2013, 2014 and 2015, the picture becomes a multi-front nightmare.

The madness in America has reached a crescendo. Nearly half the population is now under the mind control of a “cult of personality” political figure named Obama who is deliberately dismantling America one day at a time. Unlike Bush who was simply a tyrant, Obama is a <strong>charismatic tyrant</strong>, and that’s far more dangerous. As you may recall, Adolf Hitler was also highly charismatic and won over the hearts and minds of his followers, using many of the very same speech patterns as Obama, an expert in neurolinguistic programming and emotional manipulation. Read more....
Posted by Economic Analyst at Tuesday, January 01, 2013