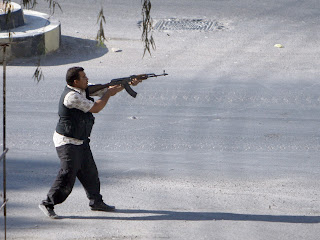 What we are hearing from bloviating gun control advocates in America is nothing short of emotionally driven irrationality.

According to statistics assembled from the Federal Bureau of Investigation, the Center for Disease Control and the Federal Government, firearms related homicides are minuscule in comparison to other the other “big killers” in the United States.

The facts, not the drivel being spewed by the anti-gun propaganda machine, leave us wondering why some State and Federal lawmakers are so adamant about restricting the sale and ownership of handguns and rifles, especially since the majority of gun owners – close to 99% – have never committed a violent crime in their lives, let alone used a gun to do so. Read more....
Posted by Economic Analyst at Sunday, January 06, 2013